Consul de Thaix is trying to make it third time lucky this season after chasing home stable companion Brain Power in valuable handicap hurdles at Sandown Park and Ascot, while Movewiththetimes is one of the least exposed contenders, having won two of his three starts in novice company. McManus, who saw his famous colours carried to success in the Betfair Hurdle by Get Me Out Of Here (2010) and My Tent Or Yours (2013), could also be represented by De Names Escapes Me (Noel Meade IRE, 11st, 16/1) and Hargam (Nicky Henderson, 11st 7lb, 20/1).

Champion Jump trainer Nicholls has also left in Zubayr (11st 2lb, 12/1), not seen out since finishing fifth at Sandown Park in a Listed handicap hurdle in early December.

The seven-year-old was also fifth behind Jolly’s Cracked It and Sternrubin in last season’s G3 Ladbroke Handicap Hurdle at Ascot. 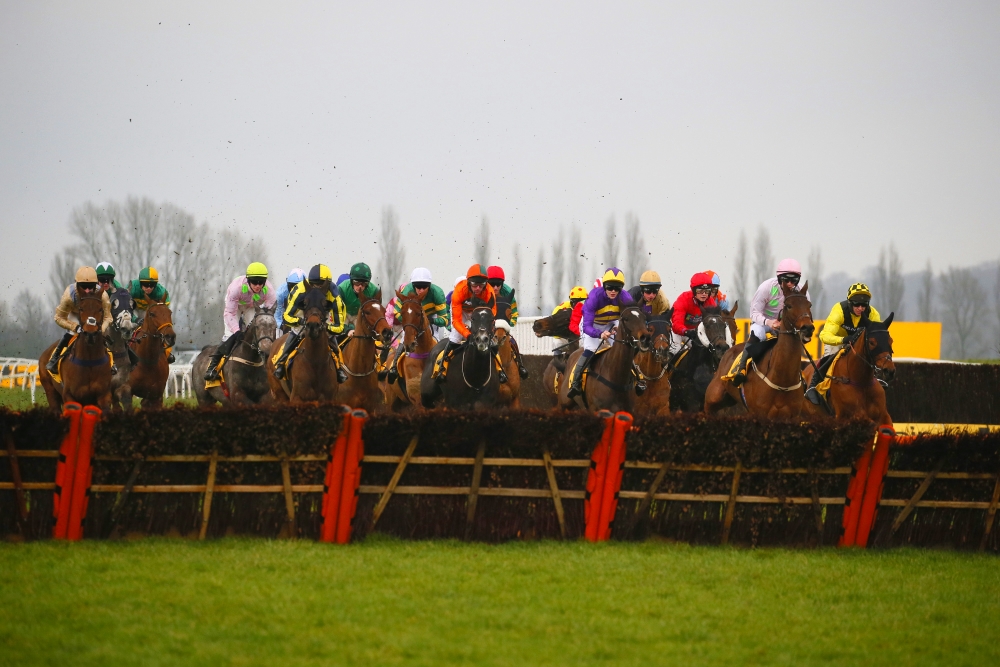 “We have had the Betfair Hurdle in mind for some time. He was due to go to Ascot before Christmas but had to miss that. We decided to wait as there wasn’t much else suitable for him.

“I thought his run at Cheltenham was very good. He travelled well but just wasn’t on the right stride at the last. He does seem to enjoy Cheltenham as he has been placed there before.

“He is a horse who is getting it together over hurdles. I think he can run a big race on Saturday. My only concern would be really testing or heavy ground as he didn’t run well on that sort of ground at Sandown last year. Soft or good to soft ground will be fine.”

Ballyandy (Nigel Twiston-Davies, 10st 10lb, 13/2) landed the G1 Champion Bumper at the Cheltenham Festival last season but is winless in three starts over hurdles this season. He has twice finished behind the very promising Moon Racer and is a fascinating contender on his handicap debut. The six-year-old could be joined by stable companion Ballyhill (10st 11lb, 33/1).

Another very interesting contender off his current handicap rating is Clyne (Evan Williams, 11st 4lb, 7/1), who on his latest appearance came within a length of defeating The New One in the G2 Champion Hurdle Trial at Haydock Park on January 21.

William H Bonney (Alan King, 10st 12lb, 9/1) recorded an impressive victory last time out at Cheltenham on January 28, for which he collected a five-pound penalty, while Wait For Me (Philip Hobbs, 10st 13lb, 14/1) finished fifth in the same contest.

Betfair Super Saturday offers a feast of top-quality action. In addition to the Betfair Hurdle, other highlights include the Grade Two £50,000 Betfair Denman Chase (2.25pm) and the £50,000 Grade Two Betfair Exchange Chase (3.00pm). These two contests have both re-opened for entries until 11.00am tomorrow.

The seven-race card commences at 1.15pm with the Read Paul Nicholls Exclusively At Betfair Novices’ Hurdle (21 entries) and ends at 4.45pm with the Listed Betfair Ready? Bumper (20 entries).

The going at Newbury is currently Soft.