Meade weighing up plans for Monksland and Wounded Warrior

The 2015 Cheltenham Gold Cup winner Coneygree has been allotted top-weight of 11st 12lb for the £200,000 Grade Three Hennessy Gold Cup (58 entries) at Newbury on the second and final day of the bet365 Festival, Saturday, November 26.

Staged over three and a quarter miles, the Hennessy Gold Cup is the richest handicap chase run in Britain this season before the Grand National (April) and is supported for the 60th time by Hennessy, making it the longest commercial sponsorship in racing.

Coneygree (Mark Bradstock) was set to line up in last year’s Hennessy Gold Cup until being ruled out the week before with an injury. The nine-year-old is a 16/1 chance with Bet365.

Bet365’s 6/1 clear favourite Native River (Colin Tizzard) has been given 10st 11lb. The six-year-old was a G2 scorer over fences at the 2015 bet365 Festival and ended the campaign with a comfortable front-running success in the G1 Mildmay Novices’ Chase at Aintree. He was second on his reappearance in the G2 West Yorkshire Hurdle at Wetherby on October 29.

Smad Place (14/1, 11st 8lb) is bidding to join an elite group of Mandarin, Arkle and Denman as dual winners of the Hennessy Gold Cup. Alan King’s charge will have to defy an 11lb higher rating this time around.
There are seven Irish-trained horses in contention, including the Noel Meade-trained pair of Monksland (33/1, 10st 7lb) and Wounder Warrior (40/1, 10st 9lb).

Monksland, who was placed in three G1 novice chases last season, returned to winning ways in a chase at Galway on October 11 and fell when travelling well in the G1 JNwine.com Champion Chase at Down Royal on November 5.

Wounded Warrior was a high-class novice chaser two seasons ago, reaching the frame in G1 contests at the Cheltenham and Punchestown festivals, but has not raced since sustaining an injury when seventh in the Irish Gold Cup at Leopardstown in February.

Meade said: “Monksland has come out of the weekend unscathed and there is every possibility he could go for the Hennessy Gold Cup. 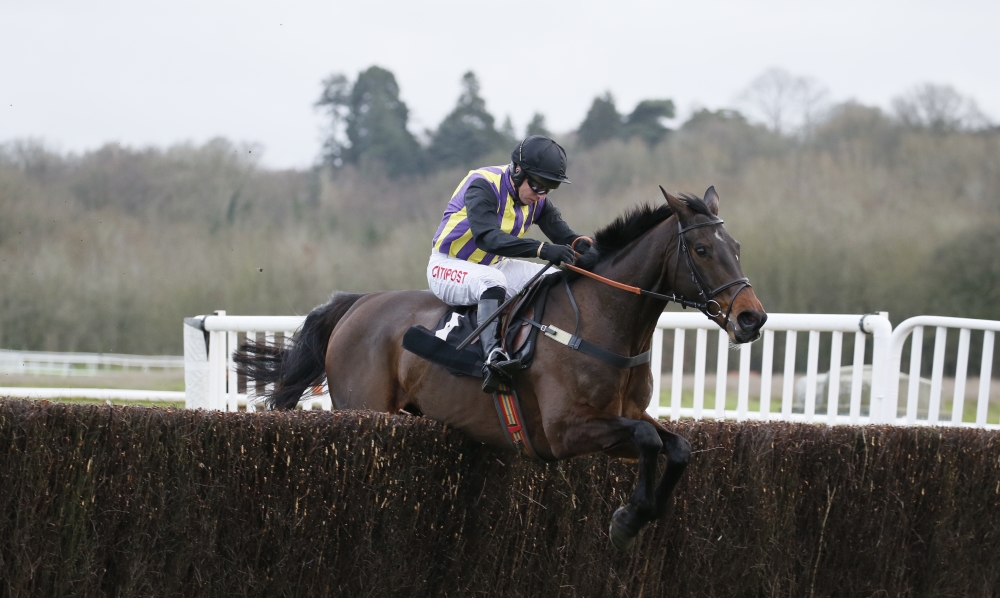 “He is rated 3lb higher in England and I think the weight is fine, but whether he runs or not will depend on how he schools in the meantime.
“He looked to be going quite nicely at Down Royal when he came down but the fences are there to be jumped and that has been his Achilles heel. He is not a bad jumper and that is actually the first time he has fallen, but he just misses a fence every so often.

“He had jumped brilliantly up until coming down. Sean [Flanagan, jockey] felt he had finally got it all together and he said go to him but he just put down.
“If you go back to his win in the Grade Two hurdle at Leopardstown a few years, all he did was stay. He got the three miles really well in testing ground and so I think the Hennessy trip will be ideal for him.
“Wounded Warrior would certainly be a possible as well off 10st 9lb. He is a fine, big horse who stays really well.

“It would have been nice to get a run into him but, with the ground the way it is, we haven’t been able to because he wants it soft.

“He wants a trip and the further they go the better. He has the entry so we will sit down with the owners and see what they want to do.”

Other eye-catchers include Un Temps Pour Tout (10/1, David Pipe, 11st), a winner over hurdles at Aintree recently, RSA Chase victor Blaklion (14/1, Nigel Twiston-Davies, 10st 10lb) and Seeyouatmidnight (14/1, Sandy Thomson, 10st 10lb), who looked better than ever in winning at Carlisle on his reappearance.

Newbury’s highlight of the Jump season is the two-day bet365 Festival on Friday, November 25 and Saturday, November 26 with over £600,000 of prize money on offer. Friday 25 November now features the Grade 2 bet365 Long Distance Hurdle, one of the most important three mile races of the season, on a card worth £190,000.