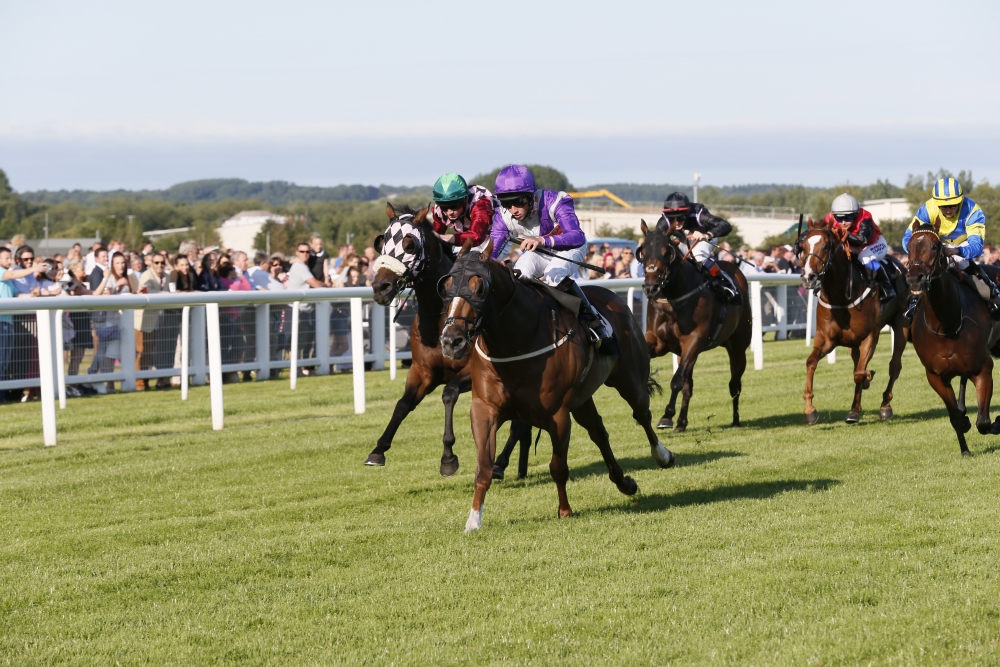 Scot Mills (from BBC Radio 1) will play a DJ set after racing on Pelican Charity Race Evening. Mills joined Radio 1 in 1998 and has hosted many live events for the broadcaster including the Brit Awards and Radio 1’s Big Weekend. His particular style of mixing comedy and popular culture has ensured that his Radio 1 show has a cult following.

There is a seven-race card running from 5.55pm through to 9.10pm. Preceding this at 5.20pm is the John Hills ‘Gilderdale’ Charity Race, run in aid of Pelican Cancer Foundation which helps cancer patients get the best treatment and raise funds to find better ways to take care of today’s patients.

The most valuable race of the night is the £10,000 Coolmore Stud EBF Fillies’ Handicap (8.05pm, eight runners) over six furlongs. Bottom-weight Pink Martini (Joe Tuite/Sean Mooney) switches to turf having last run when third in a five-furlong handicap at Lingfield Park in March. The daughter of Tagula scored twice over the same course and distance prior to that, capturing a maiden and a handicap in good fashion.

Trainer Joe Tuite said: “Pink Martini has had a break because we have been waiting for some better ground. I am not sure we will get it at Newbury but we are crying out to go racing.

“She is in good form and I want to get a run into her because some horses need racing to get back into the zone. We are going up to six, but it might be that we drop her back to five in the future.”

Pink Martini faces seven rivals, headed by the in-form Very Honest (Brett Johnson/Martin Dwyer). The three-year-old has won two of her three starts for new connections, most recently annexing a six-furlong handicap at Goodwood on June 10.

American handler Wesley Ward was on the scoresheet with Lady Aurelia in the Queen Mary Stakes at Royal Ascot and saddles Oh So Terrible (Ryan Moore) in the Christian Marner EBF Fillies’ Novice Stakes (6.25pm, 13 runners). The daughter of Cape Blanco is owned and bred by Carol Hammersmith.