Ireland’s champion Jump trainer Willie Mullins has five runners in the extended two-mile contest, headed by the J P McManus-owned Blazer (Barry Geraghty, 10st 4lb, 7/2 favourite with Betfair) who makes a quick reappearance following a comfortable success on his return to hurdling at Leopardstown on February 6.

Heading the weights on 11st 12lb is last year’s runner-up Cheltenian (Philip Hobbs/Tom O’Brien, 20/1). Philip Hobbs is triple-handed in the Betfair Hurdle, with his other hopes being War Sound (Ciaran Gethings (5), 11st 7lb, 8/1), who will be making his first appearance since winning the valuable Swinton Handicap Hurdle at Haydock in May, and Sternrubin (Richard Johnson, 11st 1lb, 7/1) who scored over the course and distance in a Listed race in November before dead-heating in a Grade Three contest at Ascot the following month.

The Betfair Hurdle has had its fair share of big-priced winners over years, with 50/1 shot Heathcote (2007) and 33/1 chance Splash Of Ginge (2014) both scoring in the last decade. Baby King (Tom George/Paddy Brennan, 10st 1lb), a 33/1 chance with Betfair, scored at Haydock in November but has been beaten twice since, most recently finishing third when starting favourite at Wincanton last month. 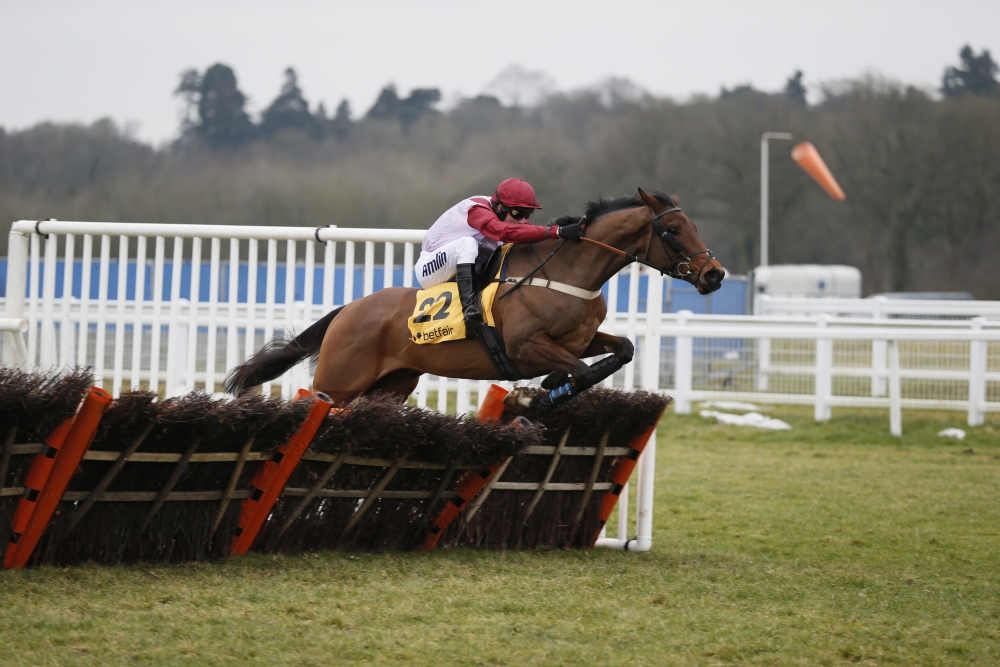 “He won first time up at Haydock and then we stepped up to two miles and three furlongs (back at Haydock), which was probably too far for him. We probably shouldn’t have run him last time at Wincanton, as the track was too sharp for him under top-weight.

“Newbury should suit him well and he has a nice racing weight. He travels very well and they haven’t always been going quick enough for him in his races but in the Betfair Hurdle we should hopefully be able just to drop him in. I think it is the sort of race that should really suit him.”

Betfair spokesman Barry Orr commented today: “The Betfair Hurdle has been a great betting heat with Dicosimo, Affaire D’Honneur, Starchitect and War Sound all coming in for significant support but it’s last Saturday’s winner, Blazer, who has us most concerned.

“Punters have latched on to him, even when it appeared unlikely he would get a run, and have been backing the Willie Mullins-trained runner almost to the exclusion of everything else in recent days.

“With Barry Geraghty opting for him over Modus any doubt as to who will go off favourite in the race has dissipated.

“A fascinating sub-plot to the race is the Mullins versus Nicholls trainers’ title battle. It won’t be lost on either that the Betfair Hurdle is the richest handicap hurdle in the UK and a first place pay-out of over £88,000 would be very welcome for both sides.”

The Betfair Hurdle forms part of a spectacular seven-race card at Newbury on Betfair Super Saturday, February 13. Declarations for the other six races will be made tomorrow.