Ribchester took the six-furlong contest 12 months ago and has been among the best of his generation this season with victories at Royal Ascot and in the G1 Prix Jacques Les Marois at Deauville.

Intelligence Cross (Aidan O’Brien) bounced back from a disappointing third at Goodwood with an impressive four and a quarter-length victory in the G3 Round Tower Stakes at the Curragh on August 28. Earlier in the campaign, the son of War Front was runner-up to Mehmas in the G2 July Stakes at Newmarket.

Mokarris (Simon Crisford) posted a smooth victory in the Listed TKP Surfacing Rose Bowl Stakes over the course and distance in July, prior to finishing second behind Blue Point in the G2 Gimcrack Stakes at York on August 20.

Unabated could run for Newmarket trainer Marco Botti after finishing third behind The Last Lion in the six-furlong G3 Sirenia Stakes on Polytrack at Kempton Park on September 3. He had previously performed below expectations when ninth in the G2 Gimcrack Stakes.

Botti said today: “We have left Unabated in this morning but we haven’t quite decided if he is definitely running or not. We just want to track the race through the week and see what the likely opposition is looking like.
“He has come out of Kempton well and seems in good form. He ran much better there than he did at York. He stayed on well and almost got second despite being too keen early on and it was good to see the winner [The Last Lion] run so well in the Flying Childers last week.

“His form is good but he needs to learn to settle. There is a chance he could go back to five furlongs for the Cornwallis Stakes at Newmarket next month.” 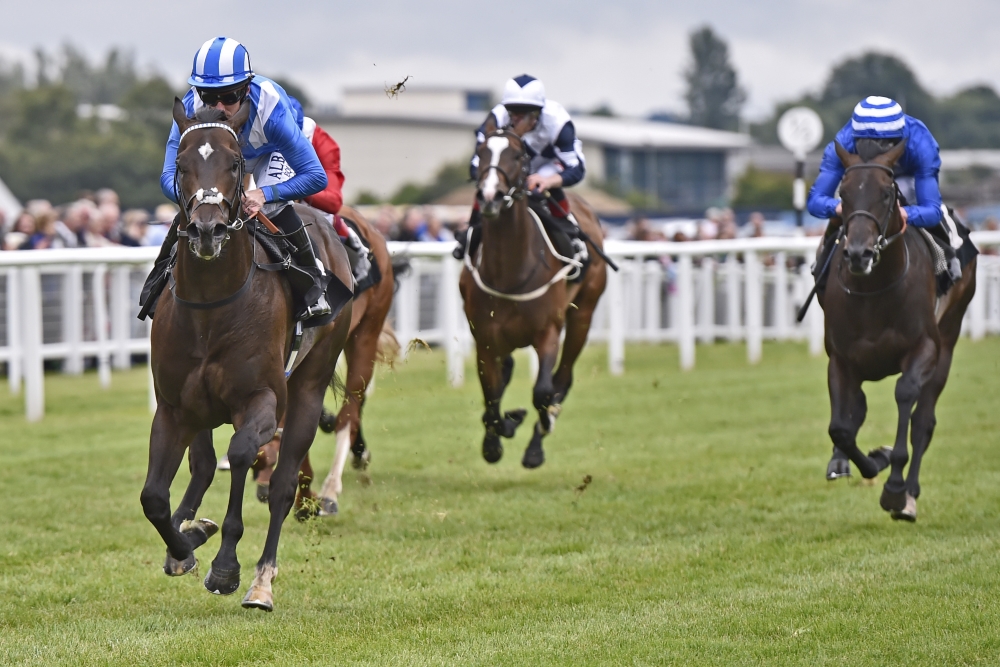 Newbury’s seven-race programme also features two £60,000 G3 contests, starting with the Dubai Duty Free Legacy Cup (1.45pm) over a mile and three furlongs. The 19 entries include G1 scorers The Grey Gatsby (Kevin Ryan) and Second Step (Luca Cumani), plus the Sir Michael Stoute-trained pair of Dartmouth and Kings Fete. Exciting three-year-old So Mi Dar (John Gosden) could have her first start since bolting up in the G3 Musidora Stakes at York in May.

There is also high-quality handicap action courtesy of the £75,000 Dubai Duty Free Handicap (2.50pm, 39 confirmations) over 10 furlongs. The weights are topped by Stars Over The Sea (Mark Johnston, 9st 10lb) who scored over the course and distance in July. Baydar (Hugo Palmer, 9st 1lb) is the ante-post favourite after a hat-trick over this trip at Sandown and Newmarket (twice).
Racing starts at 1.10pm and finishes at 4.45pm.

Legendary music producer Mark Ronson will play a DJ set after racing on the Saturday. The multiple Grammy and Brit Award-winning Ronson is famed for producing seminal albums such as Amy Winehouse’s Back to Black and Adele’s 19. He has also collaborated with artists from Christina Aguilera to Duran and was responsible for the worldwide number one hit Uptown Funk featuring Bruno Mars.

Tickets are still available for the Saturday of the Dubai Duty Free International Weekend and can be booked online here.

The Dubai Duty Free International Weekend gets underway on Friday, September 16, with a seven-race programme running from 2.10pm to 5.30pm. The highlight on Friday is the £37,000 Listed Dubai Duty Free Cup over seven furlongs (4.25pm, 21 entries).