A field of 14 is set to go to post in the £50,000 StanJames.com Supporting Greatwood Gold Cup (3.25pm), the highlight of the seven-race programme at Newbury on Saturday, March 5, Greatwood Charity Day.

The weights for the handicap chase, run over just short of two and a half miles, are headed by Shutthefrontdoor (11st 12lb, Jonjo O’Neill/Barry Geraghty, 16/1 with Stan James), who finished fifth in last season’s Grand National and was third over hurdles on his only appearance this season at Aintree in December.

Paul Nicholls has landed the StanJames.com Supporting Greatwood Gold Cup an amazing seven times since its inception in 2004, including in 2015 with Sound Investment.

The champion Jump trainer, based in Somerset, is responsible this year for Stan James’s 11/2 favourite Art Mauresque (11st 4lb, Noel Fehily) and 7/1 joint second-favourite Sametegal (11st 3lb, Harry Cobden (7)). Art Mauresque won a novices’ chase at Cheltenham in October and went on to finish a close sixth in the Grade Three Paddy Power Gold Cup back at the same course the following month, while fellow novice Sametegal scored at Huntingdon in November and was travelling well when unseating Sam Twiston-Davies in the Grade Two Fuller’s London Pride Novices’ Chase at Newbury later the same month.

Bennys Mist (11st 5lb, Venetia Williams/Liam Treadwell, 9/1) was the three quarters of a length runner-up to Sound Investment last year and has been in great form this season. Successful in the Grand Sefton Chase over two miles and five furlongs of the Grand National course at Aintree in December, he was last seen out when a close third to stable companion Dare Me in a valuable handicap chase at Ascot on January 23. 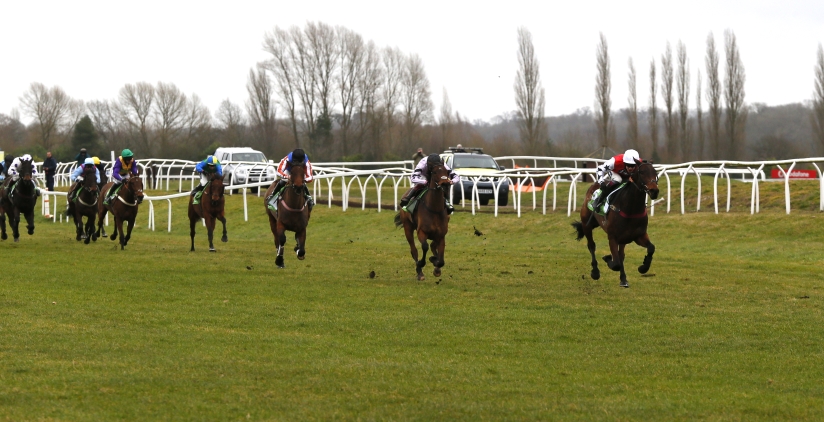 The 10-year-old runs in the Manchester United-inspired colours of the Mezzone family and Graham Mezzone commented today: “Bennys Mist has been an outstanding horse for us and exceeded all our expectations.

“He was second to Sound Investment in this race last year and they finished 17 lengths clear of the rest. We were really using the race last year as a prep race before going to Aintree so it was a tremendous effort.

“It was a great run last time at Ascot, especially when you consider he was running off a career-high mark (145). Liam (Treadwell) jumped off him that day and told me that was an outstanding effort. I have to agree with him, as we were giving Dare Me a lot of weight and on Timeform ratings he was down to beat us. Bennys Mist ran all the way to the line at Ascot and never runs a bad race.

“My daughter picked him out as a three-year-old when Venetia held a celebration at her stables after Mon Mome won the Grand National (2009) and he has been a real star for us – he has won almost 10 times what we paid for him.

“He is by Beneficial, whose offspring can be a bit heady. He must have run three times around Wales when he made his debut in a bumper at Bangor (in 2010). My wife Sue, daughter Lisa and son Luke thought what have we got ourselves into but credit must go to Venetia and her team for getting the horse well-schooled over hurdles and everything came right.

“The horse seems to love Newbury and Aintree – they are the two courses he always seems to run well at. He has run four times at Newbury – he won a novices’ chase, fell in a race when Aidan Coleman thought he would have won and ran a cracking race in the Greatwood Gold Cup last year.

“If all goes to plan at Newbury on Saturday, we will be heading back to Aintree in April for the Topham Chase. He won the Grand Sefton this year and has been placed twice over the fences so we have to go back there. He really loves the fences at Aintree.

“I got into racing initially as a member of Favourites Racing and was fortunate enough to be involved with Something Wells who won at the Cheltenham Festival. I then decided to have my own horses and we have been very lucky as owners – all bar one of our horses has won for us.”

French trainer Emmanuel Clayeux is set to saddle his first runners at Newbury in the StanJames.com Supporting Greatwood Gold Cup, headed by Pythagore (11st 8lb, Felix de Giles, 10/1), a multiple winner over fences in France including in a Grade Two contest at Auteuil in November. Clayeux’s other starter is Vicomte Du Seuil (10st 8lb, Jacques Ricou, 12/1), who won a chase at Pau in December and ran most recently when runner-up in a hurdle at the same venue on February 2.

Other contenders prominent in the betting market with Stan James include Little Jon (11st 3lb, Nigel Twiston-Davies/Wayne Hutchinson, 7/1), successful over the course and distance in November, and Generous Ransom (10st 10lb, Nick Gifford/Daryl Jacob, 8/1), a winner at Cheltenham last season who hinted at a return to form on his latest start at Doncaster in December.

Colin Tizzard’s yard is in great form and is set to be represented by Ultragold (10st 5lb, Paddy Brennan, 8/1), a comfortable winner at Wincanton last month.

Greatwood Charity Day runs from 1.45pm through to 5.10pm with a charity races at 5.35pm. Racegoers can learn more about Greatwood, a unique charity based near Marlborough which provides fulfilling futures for former racehorses and teaches emotional literacy and life skills to children and young people with special educational needs.

Final declarations for the other six races on Greatwood Gold Cup Day will be made tomorrow.

Also on Friday, leading novice chaser More Of That will gallop and school before racing as he prepares for the Cheltenham Festival. He will be ridden by Barry Geraghty and will work at approximately 1:30pm with a companion ridden by Sir A P McCoy.