Newbury Racecourse is over 100 years old and combines heritage with everything a modern sporting and events venue can offer. 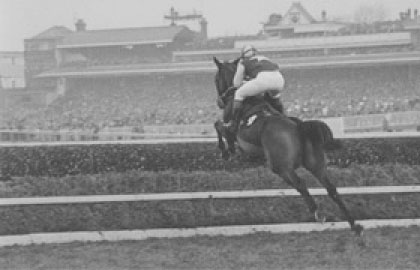 The first recorded racing at Newbury took place in 1805 with ‘Newbury Races’, an annual two day race meeting at Enborne Heath. The meeting lasted until 1811 when it transferred to Woodhay Heath until 1815.

Newbury Racecourse didn’t come into existence for another 90 years when Kingsclere trainer, John Porter proposed a new racecourse at Newbury. The Jockey Club had laid down strict qualifications for new racecourses and after Porter’s plans were rejected several times, a chance meeting with King Edward VII brought about a further application which with the King’s support was approved by the Jockey Club.

In April 1904 the Newbury Racecourse Company was formed and purchased the land and construction began of the buildings and stables at a cost of £57,240.

On September 26th and 27th, 1905 the first ever racemeeting took place at Newbury Racecourse with Copper King ridden by Charles Trigg and trained by Charles Marnes winning the opening race, the Whatcombe Handicap. Marnes was presented with a Silver Cup (value £25) and Trigg received a gold mounted whip (value £10).

It was fitting that John Porter trained Zelis to win the Regulation Plate on September 27th providing the only winner at Newbury for course’s founder as he retired from training at the end of the 1905 season.

National Hunt racing followed shortly after Flat racing and in 1906, nine days racing were planned for Newbury in 1906 – six on the Flat and three over Jumps. A members badge which also covered the two days in 1905 was priced at 7 guineas!

Legendary winner of 5 Cheltenham Gold Cups, Golden Miller made his steeplechasing debut at Newbury in 1931 and duly finished first, only to be disqualified for carrying the wrong weight. He returned on 30 December to win the Reading Chase and again on 20 January 1932 to win the Sefton Steeplechase.

On 19 January 1934 Fulke Walwyn rode Our Hope to win the January Moderate Handicap Hurdle. This was the first of Fulke’s many winners at Newbury both as a jockey and trainer including 7 wins in the Hennessy Cognac Gold Cup making him the most successful trainer in the race ever. The Fulke Walwyn Steeplechase is run in his memory at the Hennessy Meeting.